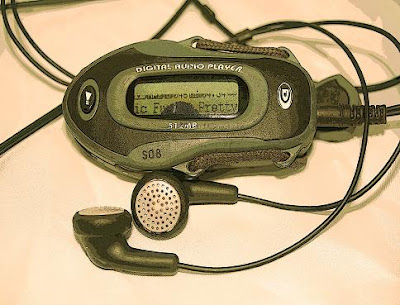 My newly purchased 4GB MP3 player arrived this weekend to replace the old and knackered 512mb one I’ve been stuck with - yep, there are still some people who aren’t even up into the gigabyte arena in the year 2010 - and though my current player had a smashed LCD and had lost of its equaliser function, the poor neglected thing had served me well for the last two years. Through all weather, the miniature jukebox has played its little silicon heart out each day during my ten mile cycle to work and once I realised using rechargeable AAA batteries would save me a small fortune, its running costs have been virtually unnoticeable, much like its dangled weight around my neck.