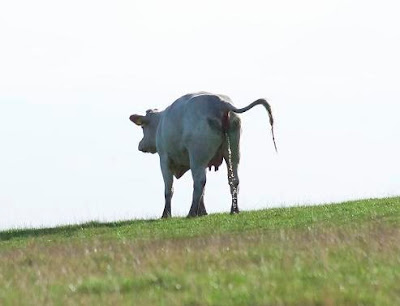 The Boiling Rage blog is one year old today. I’ve now been tapping the plastic keys on my QWERTY keyboard for the last twelve months in the hope of getting accidentally discovered and being found to be mildly entertaining. During this time, I’ve tried to post at least a single article a week and I’ve stuck to this regime most of the time, although for some reason I’m looking at 44 posts for 52 weeks, which gives me a shortfall of eight missing entries, seemingly lost forever somewhere in the virtual ether my blog dwells. Now, it’s unknown whether these lost paragraphs and misplaced snippets are of any consequence to Humanity or if their eventual discovery will tip the balance of the universe in favour of good against evil, so conjecture is irrelevant (but nice to presume): personally, I’m not holding my breath, though anything’s possible when faced with the unexpected sighting of such wordily slop.
Read more »
Posted by Splosher No comments: