Just an MRI scan away… pt 5 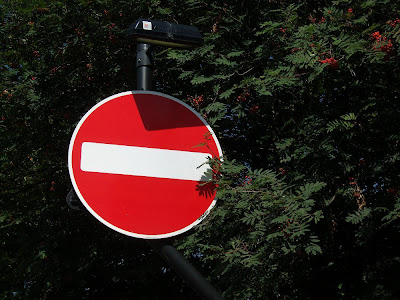 As I pondered this potential life-changing episode, the Nurse spoke and tapped a lowered gurney adjacent to the scanner’s opening. ‘Just pop yourself up on here, lie back and try to make yourself comfortable,’ she said and as I followed her directions, I felt the rush of unfettered adrenaline constrict my airways, blood vessels and any potential thought process that may have been needed.

I adjusted my shoulders so they were butted against two plastic fixtures, needed according to the Nurse in order for my complete rigidity whilst inside the scanner and then attempted to keep my decency with my left hand grasping the hem of the blue hospital gown. A sneaky downward glance from the Nurse revealed I may have failed to complete this simple task and possibly had the “last Turkey in the shop” on display...

‘How you doing?’ she asked as she approached me with a pair of headphones, the smirk from my accidental flash still showing on her lips.

I struggled to answer. ‘Er... a little apprehensive...’ stuttered out and echoed along the MRI scanner’s orifice that awaited my personal, head-first insertion.

The Nurse parted the headphones and as I watched her lower them, she continued speaking: ‘Well this music should help and I’ll be able to speak to directly to you from the booth over there,’ she said as the headphones clasped onto my ears and muffled any noise considerably, including our voices.

At this point, the Nurse implemented visual hand signals in order to communicate further and waved an air bulb before my fixed gaze. ‘JUST HOLD ONTO THIS AND IF YOU NEED TO COME OUT EARLY FROM THE SCANNER, PRESS IT,’ she said whilst nodding and so I reached up my right hand, took the air bulb and dropped it to my side, now fully aware of my speeding heartbeat pounding in my ears.

Without missing a beat, the Nurse began pushing a hard rigid collar down around my neck area, which further pinned my potential movements to zero before disappearing from view. Suddenly, the gurney lifted and swung into position at the throat of the MRI scanner. I attempted to lower my gaze, but to no avail: I was frozen in-situ as I slowly entered the tube.

‘HOW LONG AM I IN THIS THING FOR?’ issued forth from within some part of me as the cream-coloured cylinder’s ceiling glided past just a couple of inches away from my eyes. All movement stopped when I was halfway inside and it was this precise second that I discovered - rather quickly to my surprise - that I was extremely claustrophobic, something that had never raised its head in the last 41 years of my life.

The Nurse’s voice intercut over the headphone's pipped-in music and interrupted the unexpected onset of a massive panic attack. ‘Oh, it takes about thirty or forty minutes if you stay completely still,’ reverberated in my head, ‘or otherwise it’ll take longer as the pictures will come out blurred, so no moving, okay?’ Life as a living statue for the foreseeable future further boosted my worry and endorphin imbalance was finally achieved.

In just a nanosecond, unable to get a breath and with my peripheral vision flashing away, I swear the whole of my life played out before my eyes; then I heard a voice saying ‘NO! NOT A CHANCE!’ It was mine, although I don’t know if I internalised this or was yelling it at the top of my lungs: either way, my hand squeezed the air bulb repeatedly as I cackled inanely at the absurdity of the situation.

The Nurse’s voice cut back in over the airwaves. ‘Is everything okay in there?’

‘Are you sure?’ I heard her say, mixed in with the torrent of blood I could now hear flushing through my capillaries, veins and arteries.

‘YES I’M SURE!’ left my mouth and must have been heard out beyond the lead-lined walls of the scanning department. Inside the tube, I was beginning to gibber to myself like a crazed Ape in hysterics: ‘JESUS CHRIST, HURRY UP! IT’S LIKE BEING STUCK IN A GIANT F**KING ASSHOLE!’

The gurney suddenly began to move back out of the scanner’s tube - a Hell of a lot quicker than when it was going in, I thought - and in a split-second the Nurse was next to me again, pulling off the headphones and the collar. I shot bolt upright, gasping for breath whilst trying to understand why I was suddenly wracked with uncontrollable laughter, which was strange considering I was drenched in sweat and shaking like a leaf.

‘Oh-my-God,’ came out of my mouth in a flustered gasp. ‘I’ve never known anything like that in my life! Look at the state of this,’ I said and held up my hand to show the Nurse my trembling form in the hope of gaining a little pathos, ‘what an embarrassment or what!’

She helped me off the gurney and offered me a comforting smile as she spoke. ‘It happens all the time, don’t worry about it,’ At this point, the Nurse turned to the control booth window and ran her finger across her throat whilst shaking her head, ‘CANCEL THE SCAN, HE’S FAILED IT!’

The room door swung open and a Doctor popped his head in, glanced at me and then to the Nurse. ‘How long was that one?’ he said as he raised his eyebrows expectedly for the answer.

‘Ten seconds,’ she said, at which point the Doctor punched the air with his fists and broke into a smile before backing out of the room. I looked at the Nurse, confused. She just smiled back at me once more, ‘Okay, we’ll book you in for an Ultrasound scan at a later date, which is the easiest option for people who can’t complete the MRI,’ she said as we pulled the door open and stepped out into the corridor.

Luckily no-one was around as I passed by the Nurses station, but I could hear the Doctor speaking excitedly off in another room. ‘YES, PAY UP! I TOLD YOU THAT ONE WAS GOING TO FLOUNDER,’ I heard as the Nurse pushed open the double doors to freedom and as they swung slowly shut, his voice carried his final words. ‘THAT’S A TENNER YOU OWE ME, I BELIEVE,’ a series of groans could be heard following this last utterance and I knew I’d been the subject of a bet between the medical staff, a bet that I’d obviously cashed-in for some lucky individual.

Any remaining confidence I may have retained after the scanner embarrassment dissipated with the double doors’ closing gust, which ushered me along the corridor in the quickening Nurse’s wake. With my head down in shame and finally able to gather my breath at last, I just hoped and prayed the upcoming Ultrasound would be an easier option to handle than the plastic fantastic MRI’s magnetic rectal passage...