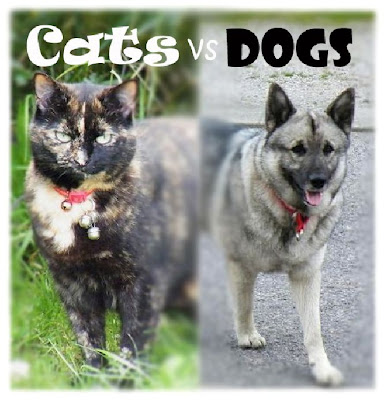 It’s an old-age question which has been asked and pondered over by Mankind across the eons of civilised time - Cats versus Dogs: which would be victorious? Not literally of course as that would just be a mass of shredded fur, oily guts and bloody phlegm; just in the sense of which of the two mammalian options would you choose to align yourself with if your life depended upon it. Both are furry, both have sharp teeth, both have claws - although just one could sever an artery and the other just annoys when skating across a wooden floor - and both show a high level of intelligence which we choose to ignore mostly and instead film the two species doing the most hilariously stupid things in order to upload onto the Internet where fans of each one froth excitedly in their favouritism.
Read more »
Posted by Splosher No comments: