BT to TalkTalk and back again... pt 1 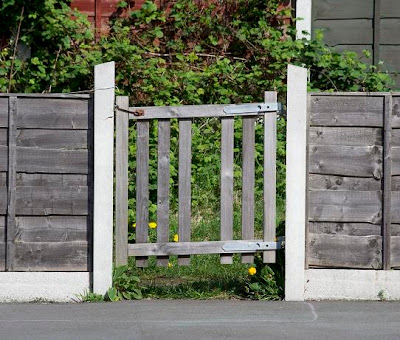 Over the last year or two, I have written a couple of times on this blog of my absolute hatred and utter contempt for BT Broadband - see "BT Broadband: welcome to the dribbling trickle" and also "BT Infinity: promises, promises..." for more details - and I have felt no need to rescind my original anger towards this shower-of-shit company in recent times. My boiling rage usually entails a rambling discourse from me in a thousand words or so regarding British Telecom’s inability to garner my abode with a decent internet connection in the year 2011. As a result, I have equated their RG45 cabling along my skirting boards to string, with their wireless Home Hub version 2.0 and my local telephone exchange as the two tin cans on the end of said string: basically, I’ve dreamt of tortuous and bloody assassinations due to dropped packets, a continually rebooted modem and a download speed circa 1998...

As I now bathe in the brilliance of my connection simile/metaphor/analogy (don’t really know which it is, so throw in as many as possible!) I can finally appreciate what I have become under the crushing abuse inflicted by BT over the last four and bit years. Not only am I a shadow of my former, internet surfing self, I am also akin to someone suffering from battered spouse syndrome: unable to leave their other half due to some misguided sense of commitment to the very person causing them pain and suffering, making up excuses in order to accept their shortcomings and even giving up bothering to find a way out of the Hellish situation (and the allegories keep flowing!).

But I’ve tried damn it, I’ve really tried to leave their telephonic prison, to run away and find solace in the arms of another but my attempts fail each time, regardless. You see, I have to use the telephone line because my flat is contained in a cable-free area, so no glorious 50 megabyte fibre optic download speeds for moi; oh no,  just the strained, prostate-the-size-of-a-grapefruit piss-dribbled delivery of a decrepit, paint-encrusted copper wire. So, this means it’s the usual ISP suspects to choose from if jumping broadband ship and the biggest and cheapest of these would be The Carphone Warehouse’s TalkTalk broadband service. As their latest offer was dangled before my weary eyes just last month, I felt my heart skip a beat as I decided to indulge in a secret, adulterous affair in the hope of running away with a more exciting and daring proposition than my current moribund communications partner...

Well, that’s what I thought would happen but the reality has been somewhat different. To start with, I got all my confirmation letters from TalkTalk on the 19th of March, explaining everything was sorted, my order was now being processed and within the next two weeks or so I’d be saved from the clutches of BT. Indeed, there was nothing to worry about or to do on my side: TalkTalk would deal with everything, even to the point of swapping the connection over from BT to their network, all without me needing to press a single mouse-click. I felt the weight of piss-poor downloads and Cosa Nostra tariffs finally being lifted from my weary shoulders after nearly five years and it felt damn fine, I can tell you!

The two weeks came and went but TalkTalk’s Plus service failed to materialise down my phone line and all the while, I was still accruing BT’s Mafia-based charges on all my services. (Indeed, their ‘Vig’ makes interesting reading when one of their 10 page bills falls behind the front door and confuses all but the most astute financial minds!) I called TalkTalk and was assured my order was already being processed, the change was due any day and all was hunky dory with no need to worry. Then, out of the blue, my BT service was suspended without any sign of TalkTalk’s crossover being instigated: no broadband and no telephone meant I was now in a barren, telecommunications no-man’s land, completely isolated within my council flat's block, along with the rest of my unemployed, wastrel neighbours.

And here’s the problem you see; because I am now an “unemployed wastrel” like my neighbours, I had tried to outsmart BT by jumping ship to TalkTalk before my bill arrived. In doing so, I was trying to negate a need to immediately settle my quarterly downloading debt - including the extortionate percentages BT had decided to toss on top - to garner a little financial breathing space. However, this genius plan had now backfired so badly I couldn’t even phone either BT to get a potential extension for paying or TalkTalk to chase up my new order and activation date. Basically, I’d f**ked it all up by trying to outfox a monopolising giant like British Telecom and now I faced a long, cold wait in a public phone box to try and correct the error of my idiotic ways.

Since I lost my job a couple of months ago, I try my hardest to save as much money as possible from the Job Seekers’ Allowance fortnightly pittance in order that if anything goes wrong (case in point) that I have some coin to try and salvage the situation. Luckily, I had an emergency £10 to fall back upon and so, I bypassed buying credit for my mobile in the belief that using the phone box would be cost effective: this way I’d have money left over to see me through to giro day, which was still another week away in the distant future. So it was coat on, out the door and into the nearest shop to buy some chewing gum in order to get some change for the metallic jaws of the Tardis-shaped coin gobbler.

In my town centre there are just three public phone boxes: two are back-to-back outside a local branch of the Yorkshire Bank and then the third stands alone on the opposite side of the main road outside the Post Office. Tackling the duo first, I immediately noticed that one was completely out of the question of usage due to its door having been violently snapped from its moorings and taken away somewhere by whichever gang of feral cretins frequented the area at night. Popping my head around to the other, I was relieved to see its door was still intact for the time being, so in I went and picked up the handset. I was jumping the gun though: the black and white LCD that showed all info regarding everything in the phone call universe had been smashed into a crunched line of glass shards, thus rendering any chance of discovering the simple facts of a phone call - such as time spent talking, money left in credit and indeed which number you'd actually dialled - impossible to fathom.

With fury beginning to rise, I whizzed across to the last phone box outside the Post Office via a Zebra crossing, silent praying as I went that it would be fine and thankfully, everything was working. Juggling coins, I was hit with a huge surprise straight away: the minimum cost of a call was sixty pence, which showed how isolated and reliant on BT I had actually become! Shaking my head in disbelief, I dropped a couple of quid in and dialled the TalkTalk number; then it was just a case with commencing with the soul-shredding wait. This has always been a problem when using the harsh discomfort of a public telephone box: not only have you got a ten inch gap at the bottom of its four walls of glass that allows the briskest gusts of wind into your sanctuary but because you also have the problem of looking like an addict calling up his dealer in a desperation.

This is a genuine problem in my home town and I have seen on innumerable occasions past friends and acquaintances from yesteryear sweating, stressing and screaming into one of the three aforementioned telephone handsets. Luckily, we all have mobile phones or home phones to bypass this potentially embarrassing situation, but due to my own fault, I was now inside a Tempered-glass coffin, locked into a waiting game by a hand full of coins and a ringing tone of suicidal-inducing brevity tempting my fate. It only took a couple of minutes lounging with the handset to my ear to notice the tossed side-glances, directional glares and squinted glowers of passing people going about their daily business to make me realise aspersions had been cast my way.

Some of these goons I’d never seen before and I’m pretty sure they were none the wiser to who I actually was, even though they were being visually judgemental without knowing me. However, I did make eye contact with others who I recognised from my past; this took the form of a nod or a wave or on occasion just pure, blatant ignorance as they put two and two together and come up with anything but f**king four, their faces dripping in disdain for what they thought I represented to the moral fabric of their perfect little suburban worlds.

Anyway, before I knew what, the pips had sounded on the call telling me I needed to shell out some more coin, so I shovelled another four pounds into the phone box’s ravenous trap and then slipped on my gloves and bobble hat against the growing morning cold. It appeared as if I was in for a costly and lengthy wait at the automated machinations of TalkTalk and BT's service centres...
Posted by Splosher