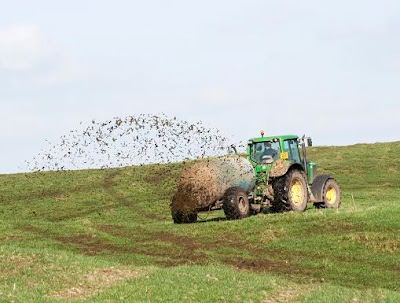 
‘Er, alright. Listen, I’m phoning to find out about my activation date for my new TalkTalk account,’ I barked over the traffic just beyond the Plexiglas barrier of the phone box. This cacophony of puttering engines and dulled music would be more of a problem than I originally thought due to the close proximity of the Zebra crossing which caused the cars to slow down.

The lady in question asked the obvious questions first. ‘Can I take your name and telephone number please?’

I told her answers to both and waited as she verified things on her end. A beat turned into a pause. ‘Hello? Are you there?’ slipped out of my chattering mouth.

‘I’m sorry but those details are not in our system I’m afraid,’ was followed by yet another pause.

The octaves in my voice began to rise and warble. ‘Hang on a minute, what do you mean “those details are not in our system...”?! I ordered your service weeks ago and have had all the emails and letters welcoming me to TalkTalk, plus I’ve got my activation date here.’ Unfolding the letter one-handed whilst wearing gloves was near-impossible but finally I relayed the printed info to her wanton ear.

Another pause. ‘Er, no sorry, as I’ve already told you, there’s no sign of this order on our system. What you need to do is call our Newline telephone number...’

‘Right, but I’m speaking to you now, so can you just transfer me whilst I’m on the line, you know, like now...?!’ I felt a sharp pain shot across my chest as a flash of adrenaline further reduced the width of my 40 year old arteries, which struggled to oxygenate my failing discourse.

For the next few minutes, I tried to win a concession from the woman on the other end of the phone, but to no avail; like an automated cyborg without an ounce of human compassion, the lady in question either refused to understand my argument or was just incapable of allowing cognitive thought to be processed into empathy. In-between this fiasco, the phone box pips sounded yet again and in I shovelled my final pound coin, acutely aware that my jeans pocket was now threadbare and this single call to had scoffed an entire £10.

Her final response came after my last heartfelt plead for consideration. ‘Look, I’ve just spent my last bit of money calling you in the hope that your company, who has tempted me away from my current broadband supplier of the last five years, can sort out this mess I’m now in once and for all,’ I said as I watched the LED of the phone tick away my remaining credit in black and white rapidity.

‘I am sat at home, with no phone or broadband because I’m supposedly changing over to TalkTalk Broadband from BT, but it’s now cost me my last £10 to find out I don’t actually exist in your servers’ virtual ether,’ I turned up my deferential appeasement in order to garner some sympathy. ‘So, I’m sure you can understand I’m stuck in the middle of things, getting annoyed and I don’t wish that to be reflected upon yourself, who only has a job to do. I just need you to transfer me to the right department and hopefully, I’ll have enough money left in this call to resolve this problem and we’ll all be happy with the outcome, yeah?’ finally left my mouth with hopeful optimism.

There was a slight pause and I waited with baited breath, sure my powers of subservient persuasion had played a blinder: soon, I’d be back home getting warm whilst the download speeds I’d only previously dreamt of flashed throughout my humble abode and elevated my moribund internet existence...

She spoke. ‘Sir, you are not in our system, so I cannot do anything for you. You must call the number I have given to you - ‘

‘I HAVE NO MORE F**KING MONEY TO CALL THAT NUMBER,’ leapt from my mouth in an unexpected furious explosion, due to seeing I only had 50 pence left in credit and immediately I tried to rectify my over-exuberance. ‘Listen, sorry about that...’ I started but was finished before I knew what had happened: the woman on the other end of the phone terminated the call and I stood there, in the cold British Telecom public telephone box listening to the audible tone of disconnection.

‘Er, hello... is anyone there...?’ I said in a half-hearted way of despondent acceptance and then, realising that I had actually had been cut-off on purpose, I smashed the phone’s handset down onto its cradle a couple of times. ‘F**K, F****KKK, F******KKKKKK!!!’ reverberated inside the glass-panelled phone box and caused many a side-glance to be tossed my way by people going about their everyday business beyond the environ of my boiling rage.

I took a deep breath to ensure any blockage of cholesterol was squeezed past my ventricles, then picked up the handset once more in order to call BT and acquiesce to all demands their blood-from-a-stone small print requires. Fine, I’d tried to leave a hard taskmaster for greener grass and promises galore, but if things had already faltered before I’d even committed then I’d be a fool to proceed any further with this telephonic flirtation of vow exchanges.

As I typed in the free 0800 number and began to ruminate on the explanation I would give regarding why I’d not paid my latest bill on time, I became acutely aware there was a problem with the phone. Pressing the cradle a couple of times in order to get a ring tone brought no joy and I quickly realised my annoyed slamming of the handset had resulted in its destruction; namely, I’d now put the last remaining public telephone box in my home town out of action and had thrown away my last pittance of credit with its unintentional demise.

So, that was that. I left the phone box and headed home, furious with TalkTalk for being a set of absolute unconcerned moronic twats, crushed by BT for still being a governing force in my life and apoplectic with myself for being a prisoner of circumstance due to my postcode. With my last bit of money was now gone, no credit on my mobile and no house phone connected, I was faced with the unenviable task of having to walk nearly four miles to a friend’s house in order to use their telephone line to try and sort this situation out.

To cut a long story short, this is exactly what I did the following day and I still feel disgusted with myself that I had to pay nearly £300 to stay with BT’s excuse of a service because TalkTalk had genuinely never even heard of my order, my phone number or my address. Oh well, I suppose there’s some validity in the idiom ‘It’s better the Devil you know than the Devil you don’t,’ so I look forward to draining off Lucifer’s dribbling trickle of an internet connection for my foreseeable future on this earthly realm... and a word of advice: avoid TalkTalk like the f**king plague!
Posted by Splosher