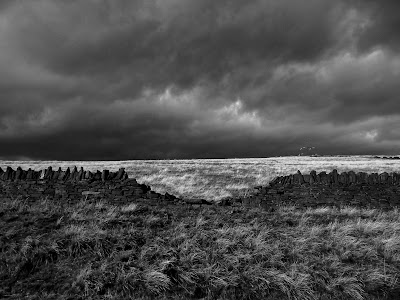 With my ongoing battle against the bouts of my swollen Parotid glands to contend with on a much more regular basis (from a manageable bulging every other month to an annoying almost daily flaring) my outpatient treatment has now started to appear slightly more worrying, to say the least. My latest hospital appointment was at the end of March, which is a full two years on from my last check-up due to yet another cancellation - see “Bad letter day“ for more details - and so during this interim period, I’d been allocated a new and younger Consultant. With this fresh pair of hands and eyes assessing my jaw line, a dynamic shift in my future medical reviews had begun in earnest as soon as I was seated (un)comfortably in his surgery...

‘Mmm,’ said the Consultant as he firmly attempted to press my Parotids back into their previous space behind my jaw-line. This proved impossible due to their grotesque swelling and as I received a mouthful of unburdened saliva tingling my taste buds, he began to realise things may be a little more serious. ‘Ah, I see... they’re not really ready to go back in their place, are they?’ was said rhetorically to himself, a slight furrowing of his brow giving away his concern.

I attempted to answer: ‘Mhbhbrahaaa...’ was the only nonsensical garble that managed to leave my agape mouth. The Consultant quickly glanced downwards at me with a look of pity and then continued to knead my rock-hard glands (oh-er!)

‘Just a minute, I’m going to bring in a colleague of mine for a second opinion,’ said the Consultant as he stood up and wiped his hands clean of my facial fop sweat. Off through the door he went, leaving me reclined in the Dentist-style chair with a gob stuffed full of cotton balls and a worrying doubt beginning to grow in my head. Almost immediately, he returned with an older Consultant whom I recognised as my previous examiner from two years prior; this was the same person who’d tried to convince me that there was nothing actually wrong with me and that my ailment was purely psychosomatic, even though my face was as round as a full Moon at the time!

I tossed a restricted, half-crooked smile in the older Consultant’s direction, who appeared to half-recognise my prostate form. They then both lent over me - one on either side of my head - and began to confab and ruminate in the way only medical Doctors speaking between one another can achieve.

‘You see, the swelling is more pronounced at the left-hand side of the mandible, around the externus and internus muscles,’ came out of the younger Consultant’s mouth, accompanied by more poking and prodding.

The older Consultant concurred. ‘Yes indeed, there appears to be some restriction in movement right through to the buccinators,’ and at this point, they both flexed my lower jaw bone to prove the point, expelling a sliver of drool from the corner of my lips.

As I lifted my hand up to wipe away this watery dribble, the Consultants’ stepped back and conversed further in hushed tones of apparent seriousness.

I decided to remove some of the cotton balls and speak. ‘Er, so is there a problem?’

They both turned and smiled at me, shaking their heads in unison as the younger Consultant spoke. ‘Oh no, everything’s okay...’ he said and then allowed the older Consultant to continue with the rest of the statement, ‘... it’s just we have decided to send you for an MRI scan, just to make sure.’ Now their heads began to nod in unison in the hope of placating my fears: sadly it didn’t work.

So, another check-up finished and my Parotid future now looking much more complicated due to having to wait for the MRI appointment to arrive sometime in the future; It’s not an appealing prospect being trussed-up and thrust into a six foot long plastic phallus to be bombarded with magnetic waves of some kind, but if it’s a necessary evil that must be performed then so be it.

I await the arrival of this appointment letter with bated breath, swollen glands and a pessimistic apprehension only a hypochondriac can possibly hope to maintain...
Posted by Splosher

Thank you for sharing excellent information. Your website is so cool. I am impressed by the details that you have on this website.
office.com/setup
office/setup
Norton.com/setup

AVG Secure is designed to keep your digital info safe and secure. Learn about its pricing, security features, and more in this review.

You have written a best blog and have covered all the points. Your style of for Assignment Help writing is very effective and at the same time you have provided very helpful information to us.

Gotoassignmenthelp is team of leading professional writers for Paper Help Writing Services to students all around the world. Contact us today for Best Essays help online at very affordable price. Under GotoAssignmentHelp we provide many types of help to the students. We are the most reliable assignment helpers. We have gained our specialization after spending most of our times in making ourselves perfect. We providing 100% plagiarism free Assignment Help. At the point when you pick our Programming Help assistance, our faculty will consider the quality and your evaluation criteria.

I can't praise Programming Homework Help services enough, except for the previous order. It wasn't completed and sent in time. There were also a lot of mistakes and a few plagiarism issues, too, but I'm glad they came in and resolved the issue quite fast. Please make an effort to match experts with the right orders. The previous Python Homework Help must have been an amateur, though I appreciate his food knowledge. He only needs some experience to be perfect.

My lecturer gave us an assignment almost at the end of the semester when we were supposed to be preparing for our examinations. I had to choose between studying for the exams and completing the assignment and going to the exams unprepared. So I paid for Statistics Homework Help on statisticshomeworkhelper.com. Then, I used the same Statistics Assignment Help expert's services for revising. After my results, I can confirm that working with the expert was a win-win. His assignment results were perfect, and I also scored most of the things he taught me right in the exams.

I need Matlab Homework Help services but can't see the prices. So how do I go about it? It's a Matlab emergency order with 20 questions, and it's due in the next 2 days. The Matlab Assignment Help task is not so complicated, because I'm a first-year student and it's my end-semester exam. Please let me know how to go about the order placement process.

I always show them my good side and I'm extremely grateful for that. There's no single time that I've ever run into an issue, neither have I failed before with their expert Economics Assignment Help. I'm not sure if everyone else always gets the same treatment as mine, but I want to believe that the service is what makes them loyal customers. Otherwise, your Economics Homework Help is worth the investment. I'll keep you posted in case of more.

I got the bestProgramming Assignment Help services from their experts, who showed the highest level of expertise and professionalism. Handling my project faster than expected was the best thing they could do to it, especially given that I also wanted some revision time with the paper and solutions. I'm glad I was able to understand a few more C concepts from the properly-arranged solutions. Cheers to the C Homework Help tutor!

I often use tatistics Homework HelpS because they never fail. However, statisticshomeworkhelper.com isn't consistent with their prices. I gave up trying to find a model that could help me predict their prices. I think there should be a hint about their pricing criteria to help students have adequate preparation before submitting their assignments for help. Meanwhile, apart from the unpredictable price, I love everything else about the platform's Statistics Assignment Help.

I want to thank you for the extra effort put to ensure that I scored the best grade in my Matlab Assignment Help. I've established trust now, and I'll keep coming back to get more projects to be completed by their senior Matlab Homework Help experts. I'll share their good gospel with my friends, too. Thanks for the top mark.

Hi. Thanks a bunch for giving me grades that I never expected from economicshomeworkhelper.com. I only used the organization's Economics Assignment Help out of desperation, but it helped me discover that there is likely no better online service like it. I highly recommend the platform and this Economics Homework Help provider (the poster). He's such a fast and professional economist.

Outpatient treatment can be a nuisance for anyone, but I am glad that you are constantly struggling to cope with this problem and do your best to defeat the swollen parotid glands. Maybe some kind of therapy for you can bring you peace of mind, have you ever thought about it? Dissertation Writing Service

I was very nervous when I sent my first project for Statistics Homework Help online on their website. While it was my first experience with them, it was also my first-ever attempt to ask for such a service from an online source. Their experts then surprised me with peak grades and professional service. I also appreciate their timely delivery and easy-to-understand solutions. Meanwhile, I recommend that for all types of Statistics Assignment Help. Cheers!

It's eight months down the line since I registered for Programming Assignment Help services, but that's not the news. There hasn't been any failure from their side; neither a delay nor a bad grade! That alone deserves a celebration! C Homework Help services are the best thing that has happened to me at college. Thanks for their support

Finally graduating. My communications system assignment results are out and that is a clear indication that I am now all set to graduate. The Matlab assignment help expert who handled my paper did it well. I just feel like involving them in this graduation ceremony because they helped me a lot throughout the course. I will always recommend it to anyone looking for help. I cannot forget how desperately I was looking for experienced Matlab homework help solvers when I found them. Thanks for the four years we collaborated.

They'll still remain my best statistics advisor despite having done my last Bachelor's degree statistics assignment last week. Throughout my university studies, They provided me with unmatched Statistics Assignment Help with leasing scores and the quickest service ever. I later recommend your SPSS, STATA, R,EXCEL and Statistics Homework Help to my friends, who're also very pleased with their services. Cheers, pal!

Their solutions were original, which is a reflection of knowledge and experience. The Programming Homework Help agents all to be determined in helping students excel rather than getting money from them like in lost other sites. That's the spirit we need from seniors like you. Meanwhile, the Python Homework Help you offered me was excellent. I scored the highest grade (A).

Hello? What happens when Matlab Assignment Help solutions haven't met my expectations? Well, I'm not saying that I'm a victim, but I want to know this so that in case I make a grade request and it's not met, I know what to expect. Moreover, how much do they charge for such Matlab Homework Help requests? Before I leave, I'd also like to know their tutoring rates. I need a full week's tutoring service (4 hours each day) to catch up with the syllabus.