Just an MRI scan away… pt 2 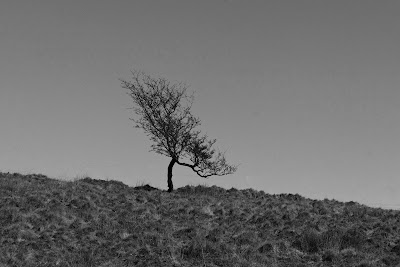 It was only couple of days after I uploaded my last blog entry - and part one of this tale - that my MRI scan appointment dropped through my letterbox. I ripped the envelope open and discovered the procedure was booked at my local hospital for April 13th at 3.00pm, which was only a week or so away. As I read the rest of the instructions I had to follow before undertaking the scan - and the medical form that was to be completed and taken with me - I kept flicking my eyes back to the date of the scan.

Yes indeed. The time of the MRI scan had coincided with my next Job Seekers signing-on appointment at my local Job Centre, which was down for just thirty minutes later. From what I’d digested online regarding an MRI scan, Its magnets would only just be getting warmed up after half an hour and I’d still be cocooned inside the machine’s ticking orifice, so this clash needed to be rectified as soon as possible if things were to go my way.

So it was straight onto the phone and through to the Job Centre. Why? Because I’d just waited two years for my latest hospital appointment to arrive and during this time, I appeared to have developed Hamster’s pouches through my swollen parotid glands, so the medical route had a little more urgency. Eventually the call was answered and I proceeded to explain to the Lad on the other end of the phone all about the two appointments overlapping, to which there was a short silence before he spoke.

‘Right,’ the Lad said ‘the problem is that I can’t book you another appointment.’

‘Eh?! How come?’ left my mouth in an incredulous tone, acutely aware I was about to enter the realm known as “The Dole Zone”, a place where everyday things are turned into the stuff of nightmares.

‘We just don’t have the option to reorganise anyone’s Signing-On appointment anymore, ‘he said apologetically, although his tone was guarded due to the possibility the conversation was being recorded “for training or quality purposes,” by the Powers-that-Be. ‘All I can tell you to do is come to the Job Centre with your appointment letter on the morning of your hospital appointment and ask if you can sign early,’ the Lad continued to explain, ‘you might have to wait a few hours, but there shouldn’t be a problem.’

‘A few hours wait, just to sign,’ I said getting annoyed. ‘This is unbelievable!’

‘I know, but the thing is you’re out of work, with no job, so what else are you going to be doing other than looking for a job,’ came out of his mouth in an almost embarrassed statement. ‘So, while you’re waiting to sign-on, you can be looking for work, yeah?’

I held back my instinct to wax rhetoric about the obvious failings of our Social Security system. ‘Right, I see,’ was all I could add, ‘so just come up on the morning of the appointment and hang about... I mean, yeah you’re right, what else would I be doing?’ My inner festering had now begun as I envisaged having to walk miles to the Job Centre and kick-it-back with a multitude of cretins whilst awaiting my name being called.

The Lad quickly added a caveat to his last utterance: ‘That’s if they let you sign-on in the morning...’

He continued. ‘Well, they may ask you to come back after your appointment - ‘

I interrupted him. ‘I’m going to be still in the MRI scanner, Pal!’

Without missing a beat and showing a trained expertise to deal with out-of-work morons such as myself, the Lad said ‘ - or you’ll have to come back on Monday morning and wait until they let you sign-on, meaning your benefit payment will be delayed...’

The realisation I was now stuck in a perpetual Job Seekers loop hit home and I felt any fight dissipate from my form faced with this salient fact. Letting out a defeated sigh I said ‘okay then, see you Friday morning,’ and put the phone down with such force that I heard the handset’s plastic crack.

So there we have my foreseeable future: an already stressful MRI scan day has now been elevated to 11 due to the inclusion that I remain seated in a local Job Centre, waiting for a prompt to place my signature on a piece of paper without any knowledge of whether this will take five minutes or three hours of my life.

I’ll soon find out though...

mcafee.com/activate - McAfee helps you to secure your Windows PC and Mac from different types of virus, worm, Trojan, and many others. To prevent malware from infecting your data on your computer, you need to download McAfee antivirus.

I'm Really Impressed With Your Article, Such Great & Useful Knowledge You Mentioned Here