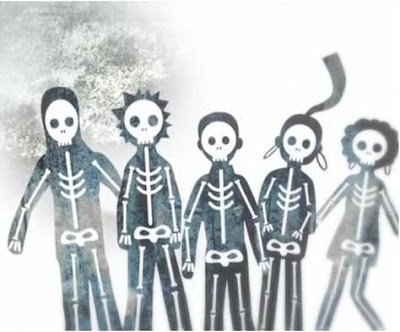 Misfits has just finished its second series run on E4 in the UK - including a bonus Christmas special episode for us all this year - and has left fans divided by its problematic storylines, unexpected hermeneutic codes and wormhole-like narrative subtexts, even to the point of infuriating some and elating others. However, regardless of these perceived differences, the show has managed to grip virtually everyone who watched the first episode way back in November 2009 and across just a twelve month, two series and 13 episode span, Misfits has grown to be the most exciting and life-affirming show on British TV, period.
Now, this is not a critique of the second series, per se (I plan that for a later date, so please keep your eyes peeled for that blog entry) but is rather a telling exploration of a key scene from episode two that has just come to light after I've re-watched it yet again. The scene in question is played out at the club after they’re ‘coming up’ on the pills that reverse their powers Nathan’s half-brother, Jamie has sold them - or spiked them with as in the case with Simon - and involves Curtis flash-forwarding into the future via his usual time-rewind power: he jumps forward to episode five, where he’s bewildered to find himself on the community centre’s rooftop, dressed as a super-hero and faced with the then-unknown Nikki undressing and about to seduce him. Suddenly, time rewinds once more and returns Curtis to the club scene back in episode two’s timeline, leaving him confused and forced to withhold what he’s actually seen in the future from Alisha the following day.
We all had to wait for another three episodes for this less-than-a-minute future-peek scene to play out and make any sense at all within the Misfits universe, culminating in understanding who Nikki actually is and what part she plays in the whole scheme of things. But there’s more: this 55 second scene reveals that almost everything about to occur over the next three episodes could have been prepared for or avoided if Curtis had realised the importance and just spoke to the others, even if he didn’t understand what he’d seen. Now, I don’t believe he lived the whole time period like his normal time-rewind power restricts him to do so but still, the future images are flashed across his retina as he travels backwards, so Curtis must have had a cursory knowledge of things that ultimately transpired.
Here are the following screen grabs for people interested to see the Curtis’ time-rewind paradox, although if this dichotomy didn’t exist, watching the show would have taken a banal route: there would have been none of the subtexts explored, character development would have ground to a halt and the whole narrative would have revolved around just one person’s power. So, kudos to the Misfits creators for giving us a fantasy world to de-construct and the actors for instilling it with an emotional reality we can all connect to, albeit with a little too much fervour by a few of us avid viewers (hence this protracted analysis of something most people will be aware of, when I should be writing more substantial prose or outside doing better things)!
As Curtis is rewinding time from the community centre rooftop, all the following images are played in reverse from episode five, through episode four and finally, to episode three:
(All images (c) E4 and Clerkenwell Films)
Episode 5 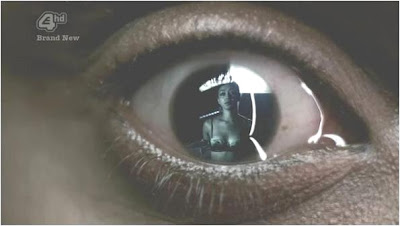 1) First up is Nikki opening her dress in full seduction mode; 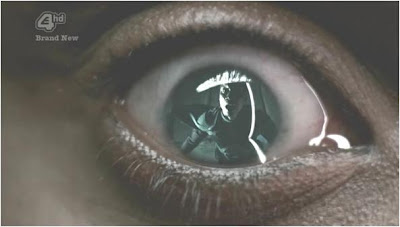 2) We go back to Curtis balancing on the rooftop; 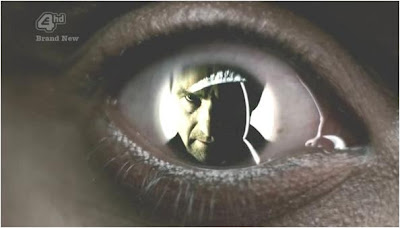 3) Then we see Jessica’s father in close-up; 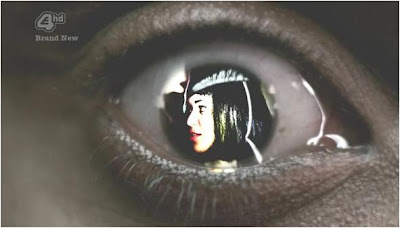 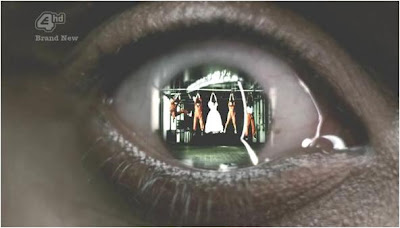 5) We can see the Misfits hanging from the hooks in the warehouse at Tipton street; 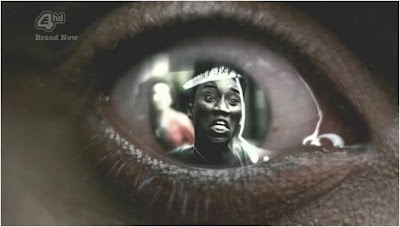 6) Curtis and the rest running from 'Grand Theft Auto' Tim; 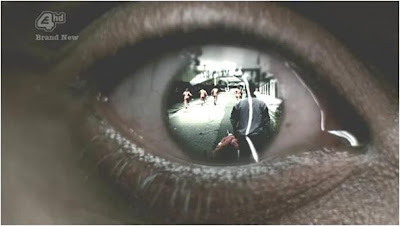 7) The prostrate form of Ollie lying dead at Tim’s feet as the others flee; 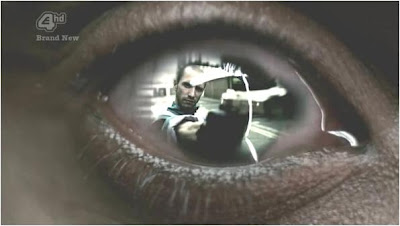 8) Tim pointing his Beretta at the Misfits;
Episode 3 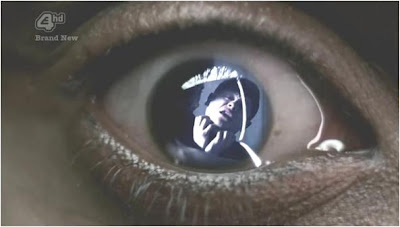 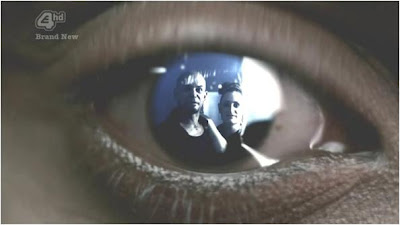 10) Vince and Kelly watching the dry roasted nuts flying towards them; 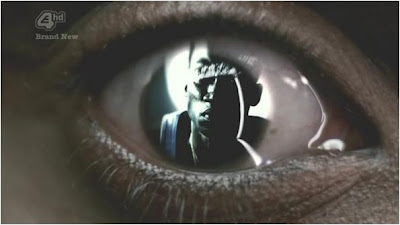 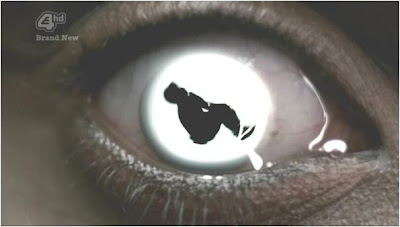 12) And finally, future-Simon’s ‘Super Hoodie’ back flipping after dropping the dry roasted nuts for present-Simon to collect and use at Vince’s Tattoo parlour!
There we have it, then - a nice little Easter egg hidden away by the makers for all the obsessed fans (such as me) to ruminate over, microscopically dissect and hypothetically ascertain “What if Curtis had done...” for the next vacuous eleven months or so, until the third series eventually arrives again on E4. Until then however, it’ll just have to be a constant stream of Misfits reruns to try and slake my addiction to their electrically-charged, super-powered world.
Posted by Splosher

Misfits are one of my favorite show, I have watched all their seasons. And recently I have watched it again because I was missing it. So, I watch this whenever I get done with Assignment Writing Services and it still refreshes my mood like the rain in summer! Thank you for sharing this.