A dalliance with the demon drink... pt 1 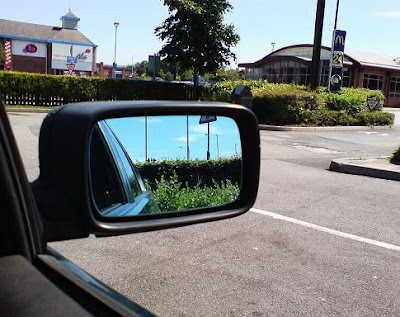 “It’s probably the most embarrassed I’ve ever been in my life,” replied my brother - I’ll call him ‘G’ for the sake of this story - when I asked him to elaborate upon an infamous New Year’s Eve night many years before in his debauched past. “It took weeks to piece together exactly what had actually happened, with the fragments people told me they’d seen me doing during the night and then remembering little bits here and there,” he said as we sat having a brew together, “and even now, I’m still not sure of everything that happened.” Well, the story is a classic example of overindulgence in festive spirit, alcohol abuse and the resulting mindless cretin this can create, so allow me to share this tale of woe with you over two parts...
I remember hearing about my brother’s New Year escapade from a mate in our local pub and even with the scant details that person possessed at the time, the night certainly appeared to have been eventful to say the least. It happened way back in 2005 when he was seeing a particular girl of dubious morals (who shall remain nameless as she’s unfairly known as a whore locally, although I’d say in her defence she’s no more than a f**king slag really) and he was due to spend the night at her mother’s house, along with the rest of her family in the usual booze-soaked celebration of mediocrity. However, my brother remembered that he’d left his mobile ‘phone at his mate’s house the night before and so, with plenty of time to get ready for the night’s action, he set off walking in order to collect it.

(Look out for part two in the next blog entry, where things go from bad to f**king unbelievable.)
Posted by Splosher