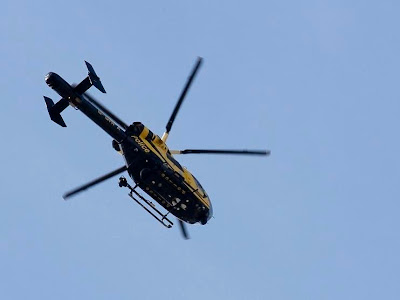 Some days are sent to test our resolve, sanity and basic human emotions, of this I have no doubt and I can attest to sampling many of these challenges over my life so far. I usually have a bad March and then a bad October, which being almost equidistant to one another means I can shore up the defences when the individual months mentioned above are approaching: this means cancelling any non-essential trips or appointments, ensuring I have some pittance saved to one side for emergencies that are bound to arise and trying to remain calm and collected in the face of an insurmountable Fate intent on disrupting everything around me.


However, as I’ve gotten older, these occurrences appear to have gained a foothold in my everyday psyche, so what seems like an insignificant little problem at the start of one’s day can now escalate into a stress-inducing ‘boiling rage’ of a major incident that continues to fester as the day progresses. The manifestation of such bouts of despair appear to be triggered by a late night’s sleep; now I’m not talking about the classic ‘couple- of-hours-on-the-floor-after-a-party’ from my youth you understand, but just going to bed a couple of minutes after midnight and only getting seven hours sleep as opposed to my obviously now-needed eight hours sleep due to being past the ‘I’m-now-forty-and-discrepant’ mark.

So, just the other day, I experienced the latest in my early morning disruptions of fury when I awoke to an ice-cold bedroom with condensation droplets flecked on the inside of my window pane. Shivering and cursing, I dragged myself from the tepid temperature beneath my duvet - thank you First Choice Homes for your dependability as we go into another winter - and raced past my wall’s thermostat, twisting it onto full as I careened onward into my bathroom. The water from my hot tap gradually began to warm up, so I stood for a few minutes rubbing my wet hands together under the flow and allowed the rising steam to ventilate my airways and redden the tip of my frozen nose. Ah, the joys of living on the poverty line, eh?!

Anyway, once dressed and acclimatised to my flat’s convection-sucking temperature, I discovered a problem from which my day would suffer greatly: horror of horrors, I’d run out of tea bags. As I cannot afford too much Gas to heat my abode, a good way to combat this lack of warmth is to have plenty of brews on the go and as the first cuppa of the day can stoke the inner furnace against the blight of cold, a supply of tea bags is an essential addition to my life. Now though, I was faced with an empty tin just powered in brown tea dust; I opened my cupboard, but only found a neglected half-empty jar of Nescafe staring back at me. I was tempted with a quick coffee and reached out for the jar, but then remembered the psychotic reactions I could have when fuelled by the “Devil’s granules” and slammed the cupboard door shut to avoid further temptation.

‘Shit, I’ll have to go to the f**king shop,’ left my lips as I stormed across to my vestibule and began lacing up my boots, aware that my annoyance was beginning to build at the thought of such a trip first thing in the morning. Then, it was just a matter of finding some money, which proved more difficult than I realised due to the fact I was three days away from my unemployment Giro and eleven days on from my last: a search turned up a handful of pennies here, the odd five pence there and thank God for an accumulation of two pence pieces that I’d tossed into the bottom of my now empty wooden fruit bowl. I reckoned the coins up and figured I’d just about scraped the cost of the cheapest tea bags possible, so out the door I went, grabbing my shoulder bag in passing.

I put the extortionate tea bags down at the till - £2.00 for 40 is just a kick to the balls - and as always, it was quite embarrassing counting out the coppers onto the shop’s Formica counter with the woman serving, as a steadily growing line of annoyed customers began to build behind me. The woman counted the pile of coins from the left side to the right side, sliding them across in a blur.

‘Twenty three, twenty four, twenty five...’ she said as I heard a sharp tut issue blindly from somebody in the line.

Time seemed to crawl with her monotone delivery doing the counting and I felt a fluster come about my person, rendered in a hot flush to my face, beads of sweat breaking at my hairline and a loud gurgle issued from my empty stomach. I prayed this laborious act would hurry up and end.

‘One pound, one pound one, one pound two...’ she continued onwards and the unsettled utterances of the other customers got more frequent.

I turned around and offered an apology to everyone with a smile on my face. Nothing back but glowers of hatred and I realised I’d just shown the first sign of weakness in the Darwinian world of supermarket consumerism: unless this semi-literate bint hurried up and finished counting, I’d probably be torn limb from limb by someone waiting to put their National Lottery on. Finally though, the woman finished and put the tea bags into a plastic bag, then handed it over and thanked me. I quickly grunted in her general direction and off I went through the electronic double doors and out into the coolness of the morning air.

A couple of strides across the adjacent car park though and I decided to stuff the box of tea bags into my shoulder bag, thus freeing my hands to count my remaining coppers, so flap up, tea bags in and flap back down again as I went. As it happened, I actually had enough for a pack of chewing gum (my only daily addiction since packing in smoking and directly attributable to the lack of nicotine in my blood and the cig in my mouth) so I popped my MP3 earplugs in and raced across the traffic lights crossing, its piercing beeping only stopping as I reached the opposite curb and stepped through the newsagent’s doorway.

By the time I finally got back to my flat, the sky’s canopy had started to drizzle and the temperature outside had stayed hovering around the “cold as f**k” mark, but I was feeling thoroughly warmed by my little jaunt to the supermarket. Once inside, it was just a case of kettle flicked on, cup at the ready and tea bags de-boxed into their new tin home, so opening my shoulder bag, I reached inside to find nothing but an empty space. I ripped the flap open and peered inside, but my fingertips had been right: there were no tea bags, inside a plastic bag, inside my shoulder bag, just a cavernous, unfilled hole of nothingness minus any actual tea bags...

My implosion occurred relatively soon afterwards and so wailing like a buggered Banshee, I flew back out of my flat crashing every available door on the way and tumbled into the wintery outside. Funny thing is as I’d reached and breeched my boiling rage, I’d neglected to remember that I’d taken off my coat; so here I am, storming along the pavement in the face of a blustery wind and a drizzle that had now turned to sleet, with my downturned gaze panning left-to-right at my feet in the hope of spotting my dropped tea bags. A couple of hundred metres down my road, I literally bumped into a bloke walking in the opposite direction, who apologised for his actions but was only greeted with a screeched ‘HAVE YOU SEEN ANY F**KING TEA BAGS, EH?!’ by myself, the crimson-faced Master of Wrath!

Needless to say the two pound box of tea bags was never found. On the plus side though, I’d took one step closer to guaranteeing an heart attack or brain embolism in my near future and by the time my unemployment Giro arrived three days later, I was a twitching, stuttering and drooling mess of Humanity due to the countless cups of Nescafe coffee I’d had to ingest just to keep the chill at bay.

Ah, the joys of self-induced stress and living in social housing, eh...?!
Posted by Splosher