The end: is it really all that bad? 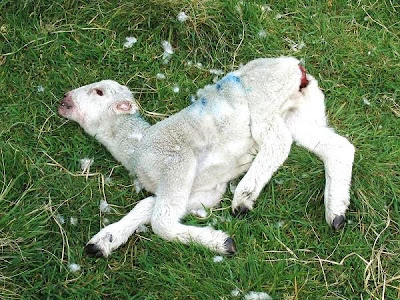 Even as we nakedly enter this world, soaked in womb-juice and screaming for the lost universal Pool of Consciousness, the sand grains in our hourglasses have already begun to trickle towards the Grim Reaper’s deathly clasp. Whether we're taken after a single moment’s breath at the end of a new heart’s first beat or His scythe reaps us after eighty-plus years of pain and suffering, we become acutely aware of the one constant that swells to consume us: we’re all living on borrowed time.

So, year after year as the seasons cycle inexorably onward, the more costly their passing becomes to our essence and deep inside, we’re slowly having our precious bodily fluids sapped, sucked and drained away by Old Father Time. Lost are the early days of frivolity and youthfulness, where tossing away a couple of years doing nothing at a stretch are maturely reminisced upon with recollected horror and wanton regret: perhaps you were going to be a world-famous Actor at one time but it didn’t pan out after years of trying? Maybe that period out of work lounging around playing video games all day lasted 10 years too long? Or perhaps the brevity of Life itself crushed you to such a degree that all hopes and aspirations were gone in the blink of an eye? These and infinitely many more examples are scrutinized by multitudes of people when assessing their time in this mortal coil to justify to themselves in their final seconds the most important question: did I do enough? If you did, then it’s time to turn off your mind, relax and float down stream. However, if you didn’t do enough, then you need to question what's up next: am I coming back as an Earwig rustling through leaf litter or perhaps a gelatinous Jellyfish floating idly on the sea’s currents or something even more useless like a Giant Panda slowly rotating in its shrinking evolutionary cul-de-sac?

You see, the base, animal-instinct truth is that our primary concern as living entities is the division of our genetic material. Whether that means happily settling down into the classic Nuclear family unit with 2.4 children or rushing around flinging your seed left, right and centre as a Farmer sows his rutted fields makes no real difference, except if you like a bet then obviously the more egg and sperm action the better your chances of genome superiority. In this equation we can disregard the Social Marxist cultural experiment we all live in as it brings nothing to the table of cell-division: whether it’s a same-sex partnership and their acquired Third-World bundle of joy or the career-orientated middle-classes refusing to breed at all, the outcome is going to be the same - sterility without any of your chromosomes in perpetual amalgamated motion. The Selfish Gene is stopped in its tracks after four billion years and you’ve committed evolutionary suicide in favour of partying and socialising well into your middle-age, taking two holidays a year at a lovely little place in Provence and your continual need to climb the property ladder in order to keep up with the Worthington-Smyths.

The supposed people in the know - usually wizened old crones who’re closer to the Almighty than most of us - say that laughter can extend your life, adding fulfilment with each chuckle experienced, expelling the rottenness of this existence in each breath’s exhalation. Well, it’s alright for them to dribble this life-affirming gibberish from their spittle-encrusted lips whilst forgetting their basic movements within seconds of lifting their translucent eyelids, their moribund twilight winking at the eternal abyss. The poor dears haven’t got long, so can’t be held accountable for mixing up the key to longevity with the making of a bloody good cup of tea - you let them both brew doesn’t really cover the metaphysical questions of attaining enlightenment, does it?

Is it we're no more than puppets on strings, jigged and gambolled by the invisible Hand of Fate for the enjoyment of forces we have no hope of comprehending with our feeble minds anymore than someone trying to understand how to use Windows Vista without its blue screen errors? If this is the case, then that goes some way to explaining why I’ve felt the bastard’s fingers twanging my twine for nearly 40 years, although I’m at an age now where I’d swear blind he’s dropped the marionette wires and got his arm stuck up my back as it feels like there’s a Granny Smith’s jostling for room with my gleets. Then, there a fair percentage of people who believe that we create our own fate and as we’re in total control of our time here, we can consciously alter our sentient direction for better or worse, thus forming our own “Meaning of Life” road to follow. These people are usually overtly happy, full of confidence and are willing to explore the outer realms of selfishness at everyone else’s expense, so when faced with their banal rhetoric and callow drivel, it’s best to nod and excuse yourself from the vicinity lest you become sated with the delusional swill sloshing from their implied certainty. I’d love to tell these people of the one certainty I’m sure of and it’s simply this: until you’ve felt your Parent’s DNA strands ignite and burn-brightly inside your soul as they pass from this life to the next, you should learn to keep your naive trap shut and spare yourself the impending embarrassment of trying to climb out of the cavernous hole you’ve dug for yourself.

A key point in anyone’s life is realising the exact moment you first begin to voice your inner monologues out loud, whether in a desperate need to break the isolated silence of your reality or just to give added credence to your internalised thought process. This initial cacophony of unbridled vocal gibberish indicates the start of what’s known as the “Mind’s Eye slide”, a noticeable period in our lives from which can be measured all manner of key points, such as: the casting off of the Ego which arrives in conjunction with the wearing of brightly-coloured woolly jumpers, jogger bottoms and slippers outside the house; deconstruction of the Superego follows next with embarrassing instances of uncontrollable flatulence in public places and shedding one’s nose snot on the inside of your top, thus negating any moral code sustained from childhood; finally, the id becomes loosened by the lack of the above two, so more base behaviour develops and primitive impulses begin to reign, which usually means you end up at some point in later life rolling around stripped starkers, smeared in your own filth and trumpeting like a shaved Ape.

Anyway, this free-form expression of aural assaulting indicates the slippery slope towards the gaping toss-pit of the infinite and arrives without any fanfare or noticeable insanity, so my advice would be to just go with the flow and warble your soon-to-be-senseless skull off as sweet oblivion awaits just a skip away. In this respect then, to go mindless of soiled pants and creased with inane chuckling, guided by the cowl-draped figure of Death - who let’s face it, has had a fair few years in the job and should know what to do by now - sounds like a pretty good bucket-kick to me: no violence, no blood, no horror, just a sublime trip into gibbering confusion as you become blissfully unaware of your own passing.

So, let your loved ones who’re left behind worry about your corporeal remains as your judgement has arrived, your Karma count’s already begun and you’re being reassigned for reincarnation in accordance to your achievements. Fingers crossed that years spent driving your Volkswagen diesel and worrying about the planet’s environment will tip the balance in favour of the planet Zeta-Kera and its spiritually-attuned, universally-enlightened beings; or perhaps kicking that cat when you were staggering home half-pissed from an all-day session means that there’s going to be one more Giant Panda chasing its own stub of a tail in smaller and smaller circles until “POP”, it’s gone...
Posted by Splosher