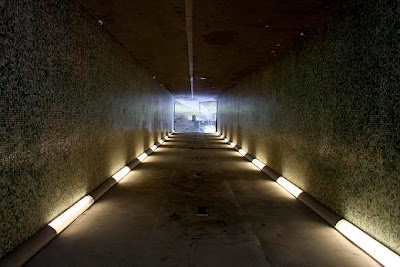 I’m now a few blog entries on from when I first visited my local NHS surgery due to feeling slightly unwell with my grotesquely swollen Parotid glands - see "A trip to the Doctors... pt 1" for more details - and where my Doctor issued ultra-strong antibiotics along with scattergun, tablet-taking instructions which I strived to follow to the best of my ability: however, this proved harder than I originally thought it would be due to the baffled state of my everyday thought processes. This memory confusion arose within just one day of ingesting the small, red-coated Milpharm tablets and almost immediately they reduced me to a gibbering, sweat-soaked sociopath liable to instantly explode in an antibiotic-induced fury of magnificent proportions.

This wrath was discovered by-chance when my brother and I had to catch a bus to go and do our weekly shop due to excessive snowfall, icy conditions and generally being pissed on from up on high by God during one of my excursions into the futility of life’s luckless slop-bucket. My anger showed itself in the form of a bewildered, wild-eyed state when trying to judge whether the bus and its route we’d ended taking was the correct choice, even though all routes in question resulted in journeys of equidistant similarity. To me though, this salient fact was irrelevant as the antibiotics had caused my brain to function as if I’d been slurping a crack pipe non-stop for 48 hours whilst dropping acid during my exhaling and I could see my Brother wondering why I was standing up in front of the other passengers talking nonsense about “... f**king snow, f**king buses and f**king tablets!” A quick scrunch of his eyebrows and a whispered “Just sit down, you dick! What’s wrong with you?!” brought me to my senses for a split second and thus ended any further public transport embarrassment for that day at least. I flopped down into my seat, panting for breath, afflicted with a red-faced bafflement adorning my person and thought to myself “If this is to do with the tablets I’m taking, then I’ve got weeks of this horseshit to go through!” and boy, was I right in that estimate.

Anyway, I’d attempted to follow my Doctor’s convoluted directions and after four weeks - yes, I had that many tablets issued it took a month to devour them all - the antibiotic course was finally finished with. I’d noticed that the glands had reduced in size slightly after the first week or so, but over the next three weeks they’d begun to rise back up like a pair of freshly-baked muffins, thus leaving me to believe I didn’t look any different from the day I had walked into the surgery to begin with. So, as the last tablet was popped from its tinfoil freshness and sloshed down my gullet with a drink of water, my hand was already dialling the Doctor’s number into my ‘phone: with an eagerness that showed a complete frustration for all things medicinal and a need to vent the post-‘biotic fury on the person responsible for my aggravated state, I made a new appointment for the following day at 9.20am sharp.

Thankfully, the surgery was empty due to the time I’d been given, so I gave my name to the receptionist and sat down facing the dreaded, rotating LED sign of sickly governance. Almost immediately, my Doctor appeared behind the receptionist as my cheeks touched the seat and ushered me through to his office with nod and a wave of his hand. Once inside, off we went with the grasping, prodding and twisting, both undertaking our roles with aplomb - me as a listless, subservient lump of meat, my Doctor embodying the be all and end all of all my future well-being - and after about 30 seconds, he let go of my face to sit down and check his computer monitor. I began filling him in with as much information as possible regarding all that had happened to me during the time he’d last seen me: “The tablets made me very aggressive”; "Total lethargy and utter exhaustion”; “Urinating 20 or 30 times a day” and my favourite snippet, “I just couldn’t achieve an erection at all, complete impotence!” were all met with the usual nod and accompanying “Mmm” as he checked my stats. Then the Doctor turned to me and gave his summing up from behind a pyramid-formed hand clasp, “You see, I don’t think there’s anything actually wrong with you,” was served in a cold and obtuse delivery.

“Eh...?! What about these things then...?” I said in my defence, pointing to my glands, “They’re still here, stuck out of my neck like two eggs!”, to which the Doctor replied “No, the tablets have worked as the glands have definitely gone down” and with that, he reached over, clasped my face in his hands once more and turned it side to side a couple of times. “Yes, yes,” he stated in a voice infused with certainty, “there’s no doubt a reduction’s taken place, so it’s safe to say we beat the original infection.” He then let go of my face once more and returned to his previous position with a summary for me to digest, “but I think what you’ve got there is the natural shape of your face.” I felt a squint form as I peered at him incredulously. “What...? The natural shape of my face...? It can’t be as I’ve had them for ten years, Doctor!” came out of my mouth with growing nervous laughter but was just met with a slight shaking of his head. As he began to say “Well, that’s just my opinion,” I was already on my feet, had unzipped my coat and had pulled up my top as I interrupted his sentence. “But look, I’m not even fat, Doctor! I have to cycle 10 f**king mile a day so I can’t be fat! Christ, listen to what you're saying!” hysterically left my gob as I flashed my bare, one abdominal-ripped torso suddenly before his surprised and frankly shocked eyes.

I think it may have been the swearing that slipped out of me due to the remnants of the antibiotics, but he just turned to his keyboard and began to type as he said “Well, there’s nothing more I can do for you. If you want to get a second opinion, you’re welcome to do so.” I was still standing with my jumper rolled up to my chest, appearing for all intents and purposes a complete moron for questioning the medical knowledge of a man who had more years of experience than I’d spent living on the planet. “But I didn’t mean I don’t appreciate your opinion, Doctor, but it can’t be my natural shape...” was my final delivery as I rolled down my top and zipped up my coat, soaked in dejection “... can it?”. With a final press of the enter key, the Doctor looked up at me from his chair and said “Right, the hospital will contact you for an appointment, but as far as I’m concerned I don’t think there’s anything further to discuss.” and with that, I knew my time was up. I thanked him via an embarrassed whisper and left feeling quite stupid but fairly sure this accidental hospital instigation could be beneficial.

Within a couple of days, my furious anger subsided as the antibiotics were flushed from my system; my calm began to return, albeit never fully due to the multitude of other reasons; and my inflicted memory banks rebooted and returned to their normal capacity. I suddenly forgot all about my glands and they forgot about me in turn: perhaps the tablets really did work and do their job or maybe it was a subconscious placebo effect of knowing the ear, nose and throat hospital department would be digging deeper into the problem but my bulging jawline just didn’t bother me anymore. About a week later, I spotted a set of scales at a friend’s house and so out of curiosity I popped my shoes off, zeroed the needle and climbed onto them. Looking down between my sock-covered feet, I stared at the quivering readout, stepped off them and tried again and again and again. Due to the terrible winter weather we’d in the UK over the Christmas/New Year period, I had been forced to use public transport or get car lifts to work from people I knew, thus refraining from my enforced cycling fitness regime for over 3 months. So, the scales were now showing me I’d put on a full one stone in weight, which went some way to explaining my engorged Partoid glands in the first place and fully exonerating my Doctor’s original diagnosis that I had attacked with such warped malice.

You know, it's a funny feeling I've got at the minute but I'm thinking a change of Doctor's surgery would be a good move...
Posted by Splosher