Out with the old and in with the new. 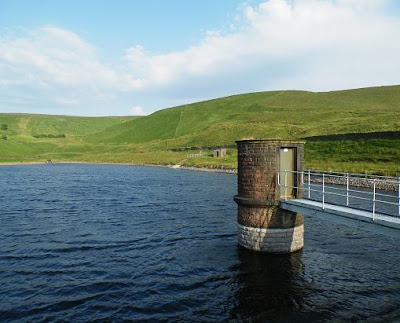 In today’s modern Britain, all the job positions are open to all of the people and this must be commended as an example of a forward-thinking, adaptive society and one leading the way with civil and personal rights. However, surely there must be a point when common sense overrides the need to adhere to Governmental or company policies in the face of blatantly, ill-informed choices when seeking to fill a job role that requires a degree of hardiness and strength. For example, a local reservoir complex and beauty spot near to where I live has had to address this exact issue as the local Water Board Company has over the last six months or so struggled to find a replacement Countryside Ranger.
This however, may have more to do with the managerial team’s politically-correct checklist: the intended employee had to fit specific criteria which stuck to an almost pathological rigidity in order to keep the undesirables from applying and to funnel the desirables via psychological tests. These tests seemed preoccupied with checking not only aptitude, commitment and adaptability but also the applicants’ basic University degree as well, which is obviously needed when faced with sitting on your arse all day driving a Land Rover over moorland.
This loss of personnel from within their ranks started back in February, when the Countryside Ranger at that time decided on a change of scenery; this change entailed going from a cold, wet and windswept moor to a Mediterranean, sun-soaked, Whale-watching excursion, complete with as many Dolphins as you could count. The fact that the person in question happened to be a woman should not be allowed to raise its misogynist head, although to watch an eight-stone girl trying to pull a dead, water-logged Sheep out of a frozen reservoir by hand and then attempt to drag its carcass up the cobbled banking via her Land Rover’s winch was interesting, to say the least. I suppose in a previous age of masculine chivalry, I would have rushed to the aid of the weaker sex, especially when disaster struck and the Ewe’s gas-filled innards exploded and showered the area as well as the lady in question, but I’m fairly sure the modern-day Feminist agenda would have found my actions highly offensive. As a matter of fact, I don’t believe I could have been of any immediate help as I was having great difficulty re-focusing my binoculars due to being convulsed in hysterics at the time.
So, when this waste of space went on her merry way, everyone expected the new Land Rover driver to awaiting around the corner, but nothing happened: no replacement Ranger, no job position advertised and no sign of the Water Board’s intentions could be found anywhere and all the time the piles of rubbish and discarded, crap-filled doggy bags were beginning to mount up. As this lack of purpose became apparent to all and sundry, the morons came out of the woodwork with growing confidence and seemed to flock towards the valley’s stunning beauty over the following spring and summer months.

At first, the idiotic actions of a few stood out and were decried by the ramblers, fishermen, bird-watchers, mountain bikers and horse riders who use the place as their own, but soon they were swamped by the level of absolute cretinism on display: two fish robbers floating on HGV wheel inner-tubes in the middle of a 100 acre reservoir during a storm, with no paddles and just a length of net between them; a wild-looking, naked man observed on numerous occasions rushing into a grazing flock of Canadian Geese whilst clutching a knife and fork and screaming at the top of his voice, “IT’S SUPPER TIME!”; and Carp anglers and Pike anglers having a full-scale, turf war over the best fishing pegs to be found on the banks of one of the reservoirs, with even reports of shots being fired during some of the more heated exchanges.
One of the most bizarre tales to emanate from the area during the Warden hiatus concerned the second reservoir within the valley and its exclusive, membership-only Trout fishing club called ‘The Fluff Chucker’s Game Society’. The story goes that the Police had received an anonymous tip-off concerning the supposed actions of a minority of members, so decided to investigate further in the hope of shedding some light on the rumours by going undercover as ramblers taking a lovely, scenic walk; after a couple days of heavy sweating and countless circuits of this vast area of water, they got their first break. They observed the club’s Bailiff and three members conducting in the highly illegal custom of what is commonly known as ‘Gull Tipping’, a practice long since banned by the RSPCA across the whole of Britain and known via various, area-specific colloquialisms as ‘Tossing a Drake’, ‘Flitting a Grebe’ or ‘Dancing a Heron’s jig’.

The tradition of Gull tipping goes back to the turn of the 20th century, when it was once a noble and respected art form to be incorporated into the repertoire of any Game Keeper - and to a lesser extent, any poacher as well - and if proficiently adhered to, could reap many rewards for the practised. These now-dubious skills were usually held in stead by the landed gentry who employed the Game Keepers on their vast country estates and thus, behind the closed, wrought-iron gates of upper-class civility vast slaughter was condoned, although nowadays this custom is deemed utterly abhorrent to wildlife lovers the world over.
What Gull Tipping entails is this: in order for the Game Keeper (or Bailiff, as in this scenario) to protect the stocks of valuable game fish, they intentionally lure predatory birds onto the surface of the water with bread or a similar floating morsel, while they wait camouflaged and hidden in the undergrowth at the water’s edge. As the birds’ begin to land and snaffle the tasty titbits, electrodes on the end of long poles are carefully moved into the water and then a quick burst of electricity renders the surface with just enough of a charge to stun each avian where they float. Then, it’s just a case of netting the unfortunate waterfowl - or ‘skimming the feathers’ as this action is referred to - and removing them from the immediate area, though whether the birds in question live to fly another day is at the discretion of these cold-blooded Tippers, so the outlook for future release is bleak.
However, on this particular occasion all the birds lived to quaff and gorge themselves upon as much free Trout from the reservoir as their gullets could handle due to the quick actions of the Police in apprehending the Bailiff and the other guilty parties. When arrested, they all decried that they were doing nothing illegal, but after being shown covert video footage of them laughing at floundering Seagulls, the four fishermen changed their pleas to guilty and were charged with, amongst other things, ‘Endangering the life of a Moorhen with intent’. Reporting restrictions are still in place, so naming and shaming these vile individuals is not an option at the moment, but the good news is that The Fluff Chuckers Game Society no longer exists due to their prime fishing water being found to no longer contain any stocks of fish. Ah, payback’s a bitch...
That incident was the lowest point of the Water Board’s lawless moorland frontier and now at the time of writing, the Countryside Ranger position has finally been filled again and with it, a hope of returning to a semblance of beauty-spot order. Once again, they have decided to choose a woman to fill the demanding role, a decision which to some people appears to be counter-productive and perhaps even damaging to the moribund confidence of the valley’s die-hard patrons. However, this time the lady in question is more seasoned, has more experience and brings with her a mature outlook to countryside management; also, it helps she’s built like a Navvy and could be mistaken for having undertaken gender reassignment in her past, so should make short work of any physically demanding problems that arise.

I personally have a very good feeling about her appointment after witnessing the way she dealt with a collapsed section of dry-stone wall that had caused a blockage on an isolated moorland trail: she was tossing the flat, grit-stone slabs out of the way like she was skimming pebbles on a beach, loudly grunting with each sweaty hurl she heaved aside and without any sign of needing a man’s assistance. This was lucky really as I don’t think I could have been of any immediate help as I was having great difficulty re-focusing my binoculars due to being convulsed in hysterics at the time.
You see, old or new, there are just some things that never change...
Posted by Splosher