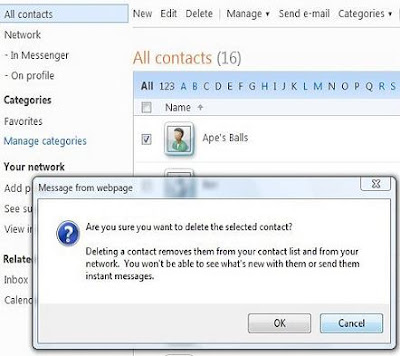 With the advent of internet-based, social networking sites exploding across the world’s computers like ... like a... an infectious “virus” (Christ, that’s poor!), our interpersonal skills development has not only ground to a halt but has actually gone into a reverse gear. For people of a certain age who can remember what it was like to have a face-to-face conversation with an actual human-being before Face Space, Bobe, Twatter and My Book came along, then this isn’t too debilitating: we can still access that synapse within our brain which can create authentic speech and thus can interact, albeit on a dwindling scale. However, if you’re under 30 and your life’s governed by the above digital technology via your laptop and iPhones, then your culture’s growth - indeed your own personal growth - is becoming more restricted with each insular key-press you perform. You see, that’s all it takes now for friendships to be formed and consummated or cast aside and left lying in tatters; with no eye contact or facial expressions to judge, then our selfish, callous finger-and-thumb actions are accelerating us all towards a future culture of anti-social recidivism.

The irony is that I appreciate the simplicity that technology has afforded us in being able to sever close, personal ties with just a click of a mouse and thus avoid any awkward situations and quite possibly a violent thrashing from a rejected pal. You see, the vast majority of people really get on my nerves and I have no time to waste getting along with fickle, fair-weather friends. There, I’ve said it now and committed one of the greatest cardinal sins in our supposed self-adaptive and forgiving society, which is to go against the grain of cohesive teamwork; an ideal which is instilled within us all from an early age and is lionized as what has made humanity great and so progressive. Well, I’ve chosen to dwell in a all-consuming solitary confinement of private isolation rather than expend energy making small talk, exchanging pleasantries or irrelevant niceties to the hordes of money-obsessed, greed-ridden populace of what are deemed “normal” people that blindly transverse this planet alongside myself. To suddenly attain a personal enlightenment that sticks two fingers up at the accepted semiotics of your cultural foundations is a very hard path to follow, especially when you have to turn your back on accepted social vices that everyone you know indulge in week in, week out.

We are all guilty, whether we’re aware or not, of compartmentalising our assorted friends and acquaintances into different friendship scales we then use to run our social lives off, adhering to its structure in order to avoid “complications”. These complications arise from an amalgamation of personalities that refuse to gel and must be avoided at all times if you’re to keep pally with certain people and maintain the equilibrium of alliances: get it wrong and you might find yourself stuck in-between an imploding “post-buddy sandwich” and being forced to choose a side. If this happens, then you’re in trouble because you’re going to lose one of them as a friend and if you’re unlucky, perhaps both of them due to where your personal allegiance lies. An example of this would be a work colleague clashing with a friend from your childhood and who you decide to back comes down to some basic questions which need to be addressed before you can edge one way or another:

After you’ve weighed up all the parameters on offer regarding the foundations of each comrade, its then time to pull out the metaphorical scythe and begin to mow the unfortunate, feckless slob from your immediate life. How quickly you undertake the complete rejection of this social pariah is your prerogative and you should use your discretion in order to reach a point when you feel fine scraping them from the sole of your shoe like stepped-in excrement. Once this point has been reached then your absolution is complete and you can scrub all memory of your former mate by deleting ‘phone numbers, erasing email addresses and removing all social networking connections without any feelings of regret due to that wonderful, humanity-instilled conviction known as our self-righteous belief system.

There can also be a multitude of reasons why you would allow these companion removals from your immediate circle to occur and not make amends before they disappear with apathetic feelings towards yourself: maybe they’re too overbearing and needy or there’s an inclination of jealously in regards to you or perhaps they’re trying to bully others by being too assertive. Mainly, it boils down to your own perceived agenda and maybe Richard Dawkins is right about our “Selfish Gene”; the unerring, primordial belief in striving towards one’s own personal betterment regardless of whatever life throws at you. This egotistical, thrusting obnoxiousness might sound harsh but it’s in our nature to follow personal choices, so each of us must decide upon their own direction and then live with the consequences of our less-than altruistic decisions and this usually encompasses the shedding of friendships that have become restrictive, all-consuming or just moribund.

Personally, I have been dropped, cast aside and conveniently forgotten more times than I care to recall by so-called friends who’ve made a commitment to rejection but I have also returned this unfavourable trait to other people without thinking twice about their feelings, so can understand this whole gamut and its implications. During these fraught periods, I’ve been reduced to self doubt and constant fretting with a destructive train of thought eating away at my crumbling confidence because someone I’d elevated to a high place in my mind’s hierarchy has suddenly become vague. No explanation is forthcoming, but perhaps if you’re unlucky enough an awkward face to face meeting will occur a couple of months later across a packed street or on an empty bus or even at the checkout in a supermarket. In just a split-second of eye contact you know your paths will never cross again and any wisps of previous friendship will dissipate in the fumbled words and uncomfortable silences you both project to hide your confusion behind fake bravado.

These eliminations arise with our progress through life and begin to accumulate as the years roll by, so by the time we’re in middle-age or beyond and naturally slowing down, we have a sense of personal recollection which invariably conjures up people we’ve known in our pasts. In allowing this mental “memory juggling” to occur, we’re facing up to our own mortality through our past friendships and in doing so, address our achievements during the allotted time thus far in the land of the living. Now, whether my own personal life choice means rejecting everyone and sitting on my arse playing video games for an eternity in isolation is not for me to say, but if so then I’ll have to live with that eventuality. To end up with fingers frozen in claw-like extremities, eyes that can only make out shadows through their frosted lenses and weighing in around 250 pounds, unable to move from my slowly osmosis-assimilating settee cushions and compacted rectal emissions doesn’t sound too appealing but who's to say so if I’m happy with having lived this way? On the other hand, I might chose to run around for all and sundry, creating infrastructures for everyone I know in order to make their lives easier, happier and stress-free. However, my return might be minimal, with little thanks or consideration from my brethren for working myself into an early grave in order to maintain our friendships but who’s to say that I’m not content in having attained my own personal goals and leave believing others will fondly remember me?

At the end though, whether we’re casting off unwanted friendships for our advancement or being tossed aside by a previously well-thought of buddy, the real issue is that we either have the guts to talk to our intended social cast-off face-to-face or are afforded an explanation from someone we once liked. The problem with most people is that 99% will pick the easy option and just use their mouse buttons to extricate themselves from a personally restrictive situation with no more thought given to the poor sods on the other end receiving their message of woe than changing channels on their TV. So, without the usual personal interactions we normally have to abide by, we have begun to bypass any sense of wrong-doing, consideration or regret when faced by making a difficult choice such as progressing without a once-valued friend and technology is to blame for this unapologetic cultural development. Basically we’ve just updated the “Dear John...” letter for the digital age, regardless of whether this was originally a less than ideal expression of personal rejection, which indeed was the case. But hey, who gives a toss really if we all possess the power to destroy another person’s confidence, self-esteem and popularity from the comfort of our armchairs by using just one click from our index finger? “Well”, you might tell yourself, “I don’t care!” and give it no more thought until you become the next causality in the social networking rejection game that’s progressing all over the world and creating untrusting former friends at every turn.

Kind of makes you feel slightly embarrassed at being so cowardly, doesn’t it...?
Posted by Splosher