A neighbourhood in waiting... pt 1 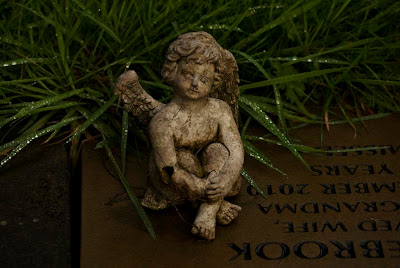 It was a low and dull distant thud that initially brought me out of my early morning slumber, where I was partly protected from the outside world’s intrusion by the yellow foam earplugs snugly fitted into my aural canals. I blinked once and then squinted at a point on my nearest bedroom wall, feeling the relaxation of the last eight hours of sleep rapidly dissipate as I awaited the arrival of another muffled bang.

A few seconds later, I felt rather than heard the rumbled bump reverberate through my prostrate form and in turn, felt my prostate twinge with the adrenaline flash my growing stress had subconsciously asked for; a released sigh of anxiety, accompanied by the slow close of my eyes and unperceivable shake of my pillow-dented head revealed the pounding was the start of something and not just a one-off, accidental thump.

I knew instinctively what was to follow due to the assortment of eclectic people living on the street, a motley collection of wastrels (and I include myself in that description) that could be divided into two distinct categorises: morons firmly established during the pre-First Choice Homes Council ownership days and cretins allowed tenancy after the post-First Choice Homes takeover. Both were bad in their own way - a choice between entrenched twats or new knobheads - but the latter was a whole lot worse due to the new housing association having no discernible letting policy during their year-long transitional handover period.

I listened some more. A concentrated effort to pinpoint the inconsistent banging only revealed that it was not emanating from above me nor to the side of me, so I rolled over and peered at my other wall, trying to decipher where this growing annoyance was coming from. Some additional dull, heavy knocks arrived, but by this time I was now convinced that maybe some Bailiffs were busy trying to smash down my front door and seize all my stuff for some imaginary missed payment back in 1987 (has happened before). With this scenario firmly in my mind's eye, I bolted upright and finger-nail-scraped out the earplugs so I could properly hear the sound of encroaching doom.

This was a bad mistake, as I almost immediately realised what was causing the growing din and so, with a loud exclamation along the lines of “Oh no... for f**k’s sake!” I tried to force those little yellow foam pellets back into my ears and hide from my destiny, but to no avail. The unavoidable truth was that the flat directly beneath mine had been empty for a couple of weeks and now, the obtuse rankling within earshot indicated movement within its ground-floor confines: it appeared I had another set of new neighbours to contend with and judging by the amount of sheer noise being projected, they really didn’t give two shits for anyone around them!

I climbed out of bed, got dressed quickly and made my way to my front door, still half-asleep and now annoyed with having to find out if I’d been lumbered with a new set of goons within my block of flats: considering the eclectic collection of tenants on my street, I wondered to myself, 'On which side would these new tenants fall?'
Posted by Splosher